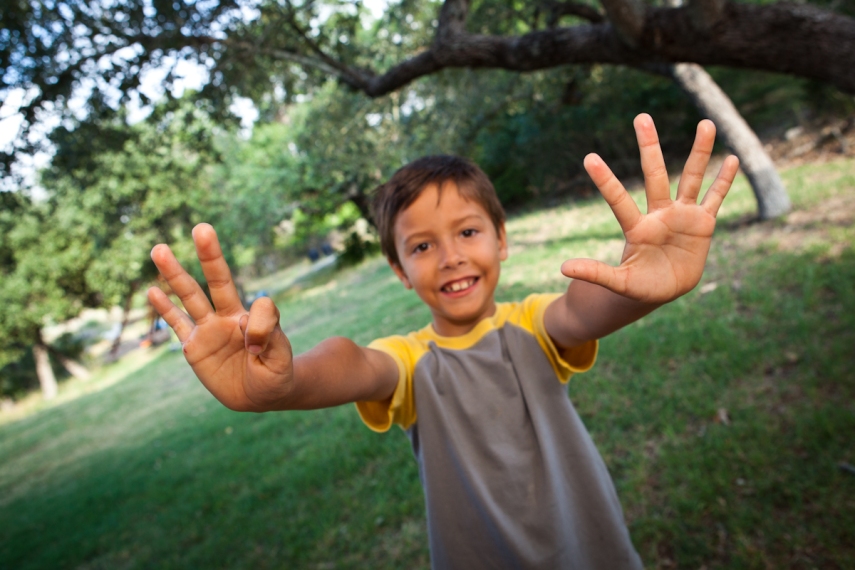 Many of my local photo friends will understand the reference in the title.  If you don’t…then never mind 🙂  We celebrated another birthday today and my son asked me when we were going to take the “eight picture”.  I didn’t know what he was talking about until he reminded me that we had taken a picture of him holding up fingers representing his age each of his last three birthdays.  I’m glad he remembered.  We spent the day with immediate and extended family playing games, opening presents, eating cake and ice cream, and jumping on the trampoline with the sprinkler.

Top photo: Manual mode, on-camera flash bounced off the porch behind me for fill, basic edits in Lightroom.  It was taken early in the morning when the light was really soft.  I took two versions of this photo — one with the face in focus, one with the hands in focus (this one is our traditional picture).  Of course we want photos with his face in focus but we take lots of other pictures on the kids’ birthdays.

Bottom photos: Manual mode, on-camera flash in high-speed sync mode, with 1/4 CTO gel, pointed directly at the kids, basic edits in Lightroom.  Taken in the middle of the afternoon when the light was at its worst.  I used the flash in order to even it out a little bit.  I don’t (totally) care for the look — maybe could go to 1/2  or 3/4 CTO gel and/or dial down the flash a bit — but it’s better than not using the flash at all IMO (I did some non-flash shots too).  I could play with the white balance, etc. too and try to come up with something better but I’ve captured what I want… 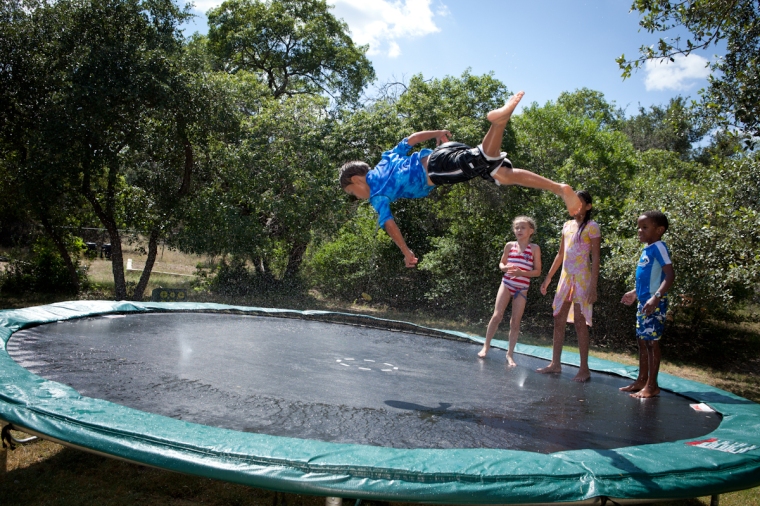 Last Friday evening I joined Alex Suarez, Steve Wampler, and Sylvia Brogdon for an impromptu photo shoot outside the Palmer Events Center.  They had just spent the day in the Flash Bus seminar put on by Joe McNally and David Hobby and wanted to practice what they’d learned to help cement it in their minds.  I was not able to attend the Flash Bus event but I wanted to join in and learn what I could and get some practice myself.  Our models were “Eight” and my daughter Evelyn.  The location was the grounds of the Palmer Events Center in Austin, TX.  It has many architectural features which lend themselves to unique portrait settings and there are different backgrounds to choose from on each side of the building.

As we got started, Steve talked about how David Hobby “lights in layers”.  This is the process of building your setup one light at a time.  Assuming a fixed shutter speed (at or below your max sync speed), start by picking the aperture which gives you the ambient light exposure you desire.  The correct exposure is quite subjective of course — just find the one *you* want.  You can darken the background somewhat or allow it to blow out.  Next, add your main light and get it to the f-stop you want and in position.  Finally, add fill as necessary and maybe even a rim light to light the hair or shoulders if you want.

We stuck with one or two lights and assisted each other by holding lights as we took turns shooting. I actually have as much fun helping with the shoot as I do taking the photographs and always enjoy the company too.  We started out near the southwest corner of the building — very challenging due to the setting sun.  The positive side of a situation like this is that it forces you think about solutions to the light problems, some of which equate to just going with it and trying to make interesting images with the light that is there, be it harsh or soft.  The image at the top of the post was taken here with my daughter standing in the shadow of a large pillar.  Shooting someone with very dark skin provides additional challenges as you need extra light to balance out the ambient and bring out the facial features.  This extra light blows out light clothes (had that happen a lot) and sometimes other features like the pillar next to her.  I shot in manual mode at 1/250s (max sync speed), did a few test shots without the strobe to pick my aperture (f/8) then began experimenting with light position and power.  This shot had a strobe camera right, bare other than a 1/4 CTO gel, triggered with Elinchrom Skyports.  I used my 70-200mm f/2.8 IS for all the portraits (love that lens for these situations).

We moved to the northwest corner of the build for a bit and I got the shot below.  No strobe used in this portrait.  Alex used a silver reflector to direct the sunlight to Evelyn’s face and I shot from down low to get a reasonable background.  Aperture priority was used with an f-stop of f/4.  The light was literally golden even off the silver reflector — made her skin look great.

Another mass migration of gear and bodies occurred as we relocated to the north side of the building.  There was great shade and many choices for backgrounds including the Austin skyline.  I shot this final portrait (below) at this location.  I chose an aperture of f/9.5 and set up two lights.  The main light was again a 1/4 CTO gel’ed bare strobe at camera right.  The fill was a bare strobe (I didn’t have tape or velcro for another gel) placed on the ground in front of the camera.  I placed the strobes on different Skyport channels and experimented with each separately to adjust them to taste.  I had to lay out on the ground (see the pic by Alex Suarez at the bottom of the post) to get the composition I wanted (Evelyn + The Austonian + TX flag).  I was somewhat limited due the angle required for my composition and the locations of some trees which blocked the flag if I moved out of this position.  I would have liked the wind to blow the flag up a bit more but I took what I could get.  Someday I’ll work on perfecting this shot.  I would try two things for starters: (1) use a shoot-through umbrella with an assistant (no assistant was handy for this shot and it was too windy to set it up without an anchor) and (2) try a stronger CTO gel to warm up the subject to match the background better.  I prefer the darker backgrounds but I think I’d experiment with backing off to f/8 or even f/7.1.

After shooting the skyline portrait, Sylvia and I were helping Steve shoot portraits of my daughter.  In a moment of serendipity, Joe McNally and David Hobby walked out of the building.  Our group bantered with them and Joe made a smiling comment on the order of “good luck with that portrait” as their group walked to a spot nearby.  After a minute or so he and David Hobby just couldn’t stand watching us flounder so they came over, gave a few tips, and Joe McNally even held the strobe/umbrella for a couple of shots.  That was cool.  I think they took pity on us in the same way that we would a distressed animal — you just can’t stand watching it suffer 🙂

I had a lot of fun shooting with these folks and my daughter had a blast being the model (she’s asking to do it again).  Hopefully soon…