I took individual and team pictures of my daughter’s volleyball team and here’s one of the outtakes.  It was an afterthought that I decided to try before calling it a day so we didn’t even bother including a ball like we did in the “normal” shots.  Lighting was a Canon 580exii into a reflective umbrella in front at slightly camera left and a bare 430exii on the floor behind the team.  The exposure was chosen to darken the ambient light quite a bit.  The girls attempted to look serious for this dramatic shot (after having been smiling and goofing off in the previous pictures).  If I could do it all over again with less time pressure there are some shadows I’d work on getting rid of (in-camera, not in post) and a few other changes I’d make but the girls are pretty happy with it.

For processing I did various tweaks to little spots here and there.  The floor is a deep red so I used curves to decrease the red channel a bit (and the green channel a *tiny* bit).  I added the text and colored it with a color I grabbed from the jerseys.

How Do I Process My Images? Here’s One Example… 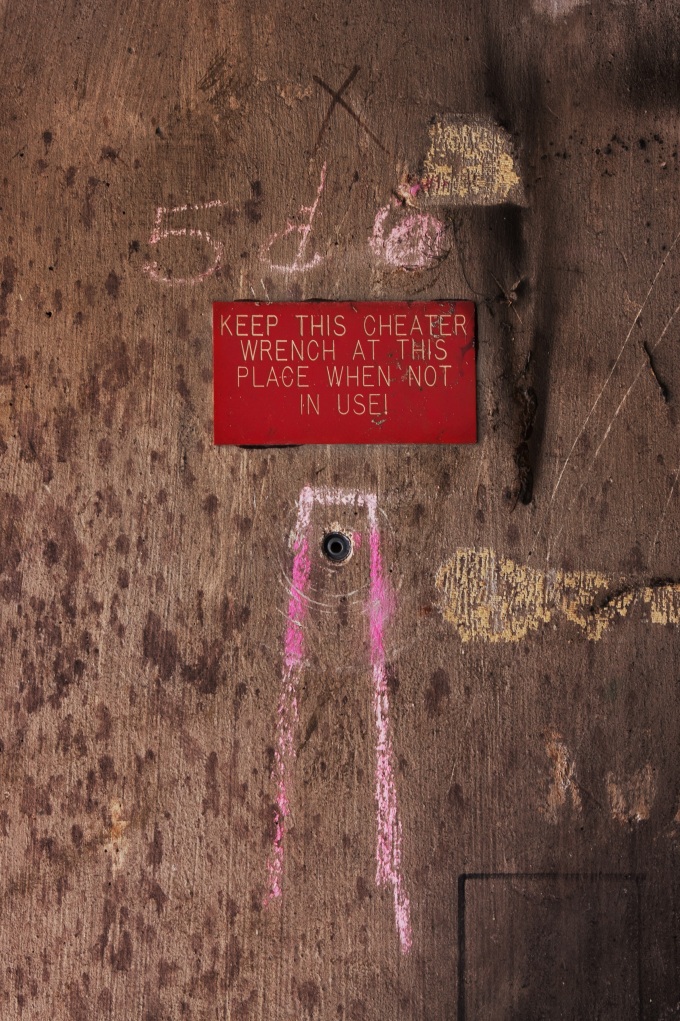 This is another post in response to the questions I got on flickr regarding these images of graffiti in the Seaholm Power Plant.  What I’m about to describe is certainly not the way I process all images — especially portraiture and the like — but it is typically the way I start with images like this one.  The image I’ll use as an example here is another one I never intended to post but again, it works well as a quick example of part of my processing.  There are lots of things which make this a lousy image but hopefully you can get past those for this illustration.

Here’s the original image with no edits:

I began by adding a slight s-curve in a curves adjustment layer (result is shown after the layers/curves snapshots).  Note that I masked out the red sign so that this curve didn’t affect it.  The blend mode is “normal” which results in additional saturation in the image.  The result is shown below the curve diagram.

Next I added a curve to adjust what the red sign (and a bit of the dark corners) looked like.  This curve was in “luminosity” blend mode to avoid changing the saturation.  Note the odd curve — since I was masking out most of the image I used a curve which only effects the part of the histogram related to the sign.  That curve would really wack out the image without the masking of course.  The end result is that the lettering stands out much more than in the previous image.

My final curves adjustment layer is what really gives the image a bit of pop.  The sign is masked out and I partially masked the dark corner to reduce the effect there.  The blend mode is “hard light”.  How did I pick that?  Trial and error — tried modes and curve shapes until I got an effect that I liked.  The final image is shown at the top of the post.  It was processed only with three curves layers — no sharpening, no saturation or vibrance adjustments, no Topaz Adjust, etc.  I call this kind of processing “a la Chromasia” (go check out his work and his tutorials — great stuff).

That’s a typical start for me when I process an image like this.  Curves adjustments constitute 80%+ of my processing in general.  I certainly do play with saturation, vibrance, levels, sharpening, etc. but not until I’ve gotten most of the way to the final result using curves and masks.

If you subscribe to David Nightingale’s (chromasia) tutorials you’ll be able to go through some great teaching on how to approach the creative process.  He works his way through images and describes what he sees, how/why he wants to alter parts of the frame, etc.  My simple example in this post touches on maybe the first 0.5% of that…check out the tutorials.