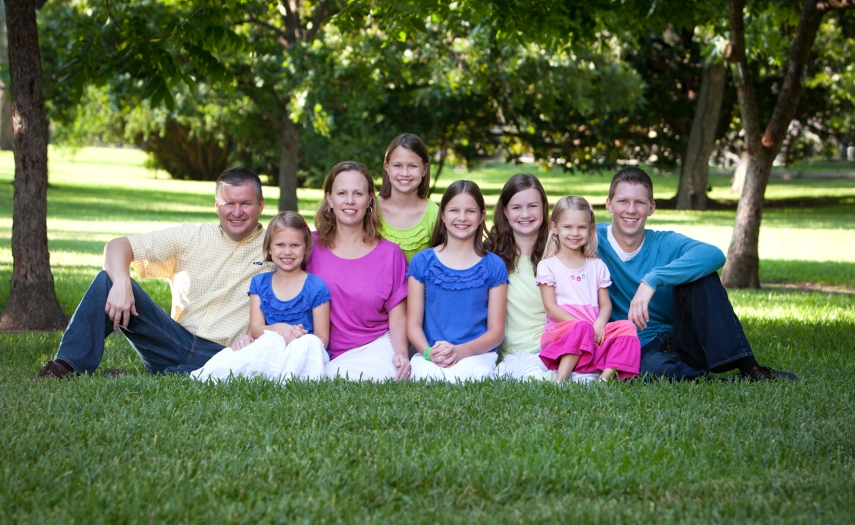 As much as I don’t want to post my mistakes — especially the really stupid ones — they can be helpful to look back on and point out to others.  It depends on the natural light situation of course, but in a portrait like the one above I often use a single strobe through, or reflected from, an umbrella placed above-camera.  This may be to provide a catchlight in the eyes, a bit of fill in the eye sockets, some overall light, or all of the above.  I occasionally use a bare strobe (well, sometimes with a gel but no other modifiers) to give a hint of a rim light on the shoulders to help separate the subjects from the background. My daughter typically holds this in position behind the subjects when I use it.  During a recent family portrait shoot on the grounds of the Texas Capitol I pulled a real boneheaded move with this light.

Just before we shot the pose above (which fortunately wasn’t the “preferred” pose) I got my rim light strobe out of the bag and quickly tested that everything was working (flash on, remote trigger operational, my guesstimated manual power set).  All was well so I dropped it in the grass and we set to arranging people and reminding the kids not to watch the squirrels running around.  We shot a bunch of frames to make sure we caught everyone looking their best-ish and moved on to our next pose.  I had decided not to use the rim light because the separation from the background seemed fine.

To my horror, when I loaded the pics up on the computer at home, I noticed that all the shots of this pose had a bright light in the grass and two of the subjects were lit like they were being blasted by the sun.  Well, they *were* being blasted — by my portable sun as you see in the picture below.  I had left it turned on and the trigger active…probably at 1/4 power.  Oops.  I couldn’t believe I had not noticed this while chimping my test shots.  My (young) daughters didn’t point it out — one didn’t even notice and the other assumed that I intended to use the flash that way.

Needless to say it was a big mistake.  While this was not the ideal pose we wanted to keep one from this set.  I was fortunate enough to have a reasonable fixable frame in the bunch so I went to work.  Switched a head, toned down some of the effects from the misplaced strobe, and made the other usual edits.  I believe the photo *is* completely salvageable given enough effort and time and I may work on it for practice in the future. 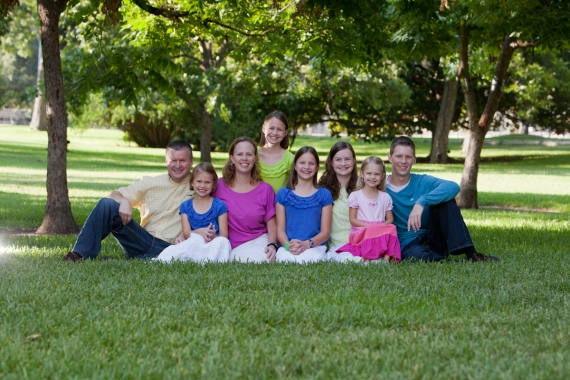